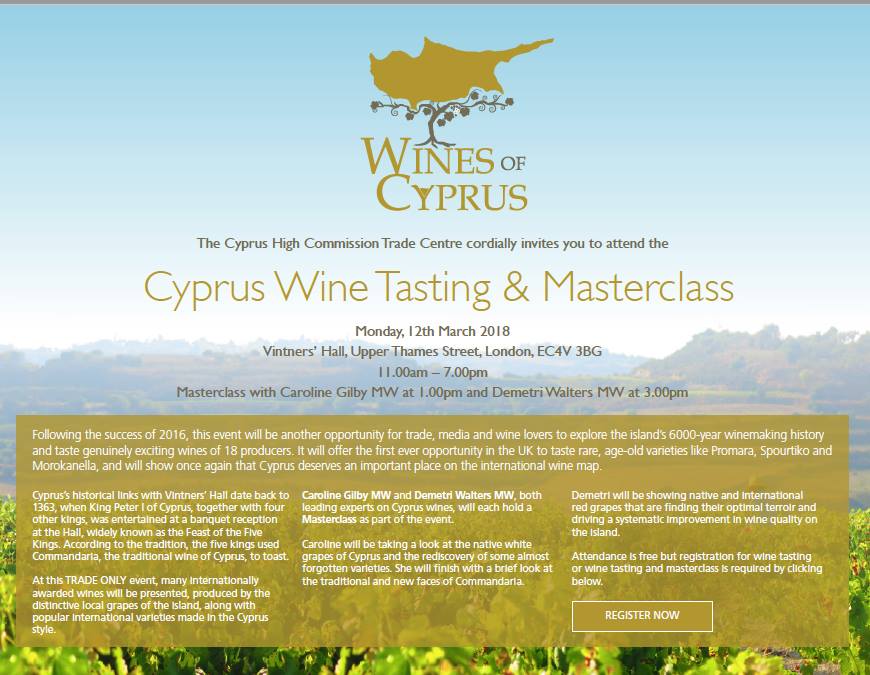 On Monday 12 March we successfully participated in a Cyprus Wine Tasting at Vintners’ Hall in London organised by the Cyprus High Commission in the UK. The tasting showcased 15 Cypriot wine producers and was focussed on people in the winetrade, journalists, buyers and informed consumers. Caroline Gilby MW and Demetri Walters MW held masterclasses highlighting Cypriot indigenous grape varieties, which gave those interested a really in depth introduction to the Cypriot wineworld. We are