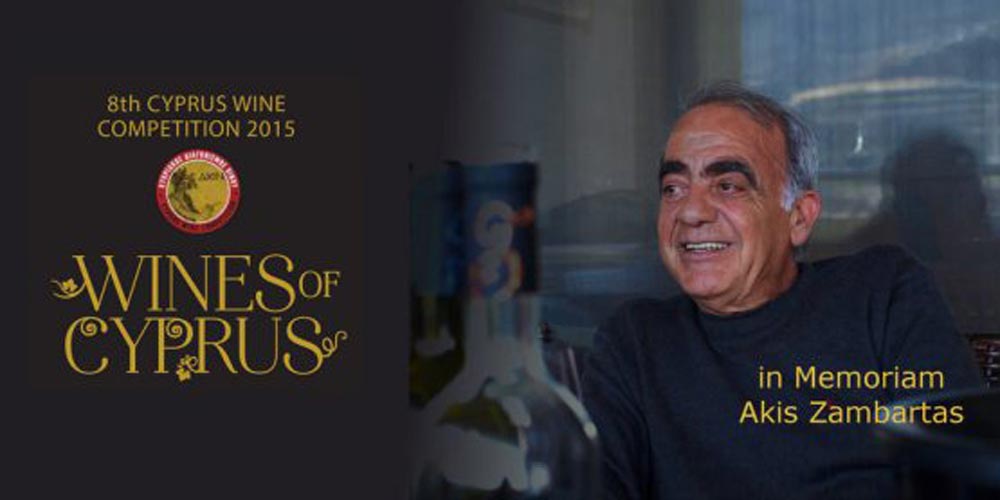 Zambartas Wineries was awarded wit two Silver Medals at the 8th Cyprus Wine Competition. The results were announced during an award ceremony on 25 April in the Limassol Municipal Gardens. The judging committee consisted of local and international judges and the competition was organised under the auspices of the OIV.

Our Maratheftiko 2013 and Lefkada-Shiraz 2013 were both awarded with silver medals.

We were very honoured that the competition was dedicated to Akis Zambartas.