The rediscovery of Cyprus’ grape varieties

The rediscovery of Cyprus’ grape varieties 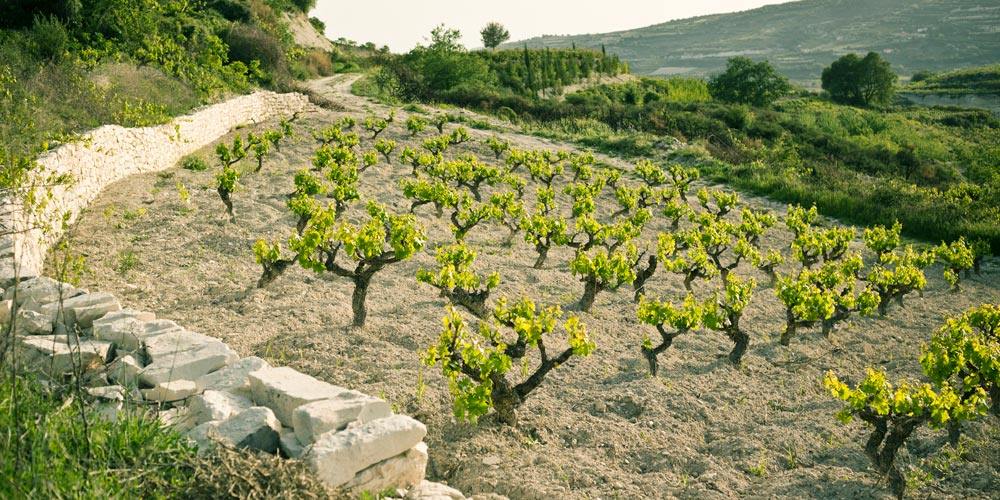 Akis Zambartas, during his career as Oenologist in KEO, re-discovered 12 native Cypriot grape varieties. During the 3 year long pioneering research, Akis discovered, recorded, planted and vinified these varieties. This impressive contribution to the Cyprus viticulture granted Akis the membership to the prestigious International Academy of Wine (AIV).

Below you can read Akis’ account of the three year project, which shows his pivotal role in the rediscovery and saving of an important part of Cyprus viticulture heritage.

“Having in mind the plethora of references by travelers, before and during the medieval times, about the numerous grape varieties in Cyprus and because of my love for the country, for our tradition and drawing from the faith for the future of the Cypriot viticulture, I started a research in our vineyards to detect those few and unique vines that old vine growers told that were planted by their grandfathers. Those vines were scattered in the Mavro and Xynisteri vineyards and with their grapes wine growers used to make their own wine for personal use. Those scarce, unknown vines were kept because of their colour, their aroma, their particular unique taste.

With the encouragement of the late Panayiotis Psaras and with the help of the so early gone George Christodoulou we started the ‘Herculean task’ of discovering and indentifying these unique varieties. We scanned the whole of Cyprus. The reaction and the cooperation of the vine growers were remarkable. They would call to us daily to tell us that they also had ‘rare varieties’ in their vineyards, as they labeled them.

We went to their vineyards, we harvested a few kilos, and I micro-vinified them. We marked the plants to be able to take cuttings the following winter and multiply them.

This research lasted 3 years. We found 12 varieties. Most of them had a name. Many did not. I remembered we named one Michalias (Μιχαλιάς), after the name of the owner of the vineyard in the Panayia region. Another one was named Omoio (Ομοιο) because it looked like Maratheftiko. Another one was labeled Maroucho (Μαρούχο), because it was found in the vineyard of Marouchos in Panayia.

At the Pitisilia area we found that the “Pampakas” or “Pampakina” is synonymous of the variety Maratheftiko. The vine growers named it like this because at the back of its leaves there is a fluffy white layer to reduce evaporation .In the Cypriot dialect  this fluffy layer is called “παμπακι“ This is very characteristic of vines of the warmer Mediterranean countries.

The native varieties of Cyprus are a national wealth that still needs more research and exploitation during these tough times of globalisation and the ruthless competition.

According to the scientific methodology we followed, the second step was to gather all the varieties we identified, in one place. We would plant the few cuttings to multiply them.

It was then when my good friend Dionisios, the priest of the Chryssoroyiatissa monastery, created his winery. He shared the same passion for our tradition. He granted us a parcel of land close to his vineyards at the high mountains of Panayia, and there we created a vine nursery ‘The bank of the Cyprus varieties’ where we could source enough grapes to master the microvinifications. A task that would take at least five years to yield results.

From the varieties that we rediscovered, we mention the most important ones.

From our own research 5 of these varieties hold more interest, because they have the potential to craft elegant and quality wines. Lefkada, Maratheftiko, Yiannoudi, Promara and Morokanella. The rest of the discovered varieties require more research in the future.

Lefkada is a ‘big’ variety. Very demanding during vinification, it gives structured wines, with a deep red colour, and with a subtle flavour, especially after it undergoes malolactic fermentation and careful barrel maturation. Its aromas of red fruit are intense and with time they perfect to a harmonious equilibrium.

Maratheftiko was more familiar variety. It is difficult to grow and unpredictable. It has to be planted with another variety that flowers at the same time, because Maratheftiko is not able to self pollinate, like 99% percent of the worlds grape varieties do. After long experiments we found the variety to use for the pollination: our own Spourtiko.

Maratheftiko is without doubt, the best variety of Cyprus. It has its own character and despite its problem being a female variety that does not self pollinate; it is recognized as a wine with great potential. Jancis Robinson described it as giving wines with the structure of Cabernet Sauvignon. Currently we believe it to be closer to Pinot Noir. Maratheftiko, when harvested and vinified correctly, gives rich intense red wines, with soft tannins and  characteristic aromas of coffee, cacao that blend harmonically with the vanilla aromas from the oak during careful ageing, not to cover its own aromas.

Yiannoudi also gave us some interesting wines. However, its cuttings are limited and its production minimal.

Ofthalmo was a disappointment.  Usually planted at the edges of vineyards, at the periphery of plots, it did not produce good wines. We planted single vineyards at the Pafos area, but the wines were weak and had no particular interest. More research needs to take place especially for white winemaking, to find out if the variety has more potential

From the white grape varieties, we singled out Morokanella. Widely spread at the beginning of the Ottoman occupation, it soon fell into decline due to the heavy taxation imposed by the Ottomans.

The discovery of these varieties alone was not enough for their acknowledgement. We had to certify them as indigenous Cyprus varieties. There was one person with global recognition could help us by studying them and confirm our findings; my professor at the Wine school of Montpellier, ambelographer Pierre Galet. I invited him to Cyprus and after his scientific studies and through his bibliography, he supported that the varieties we identified are indigenous to Cyprus.  When he published his results, we felt very satisfied and happy, as the project now got international exposure. It turned out that some of the varieties were recorded at the end of the 19th century by French and Italian ampelographers.

With the help of Galet, we moved one step forward. Our request from the state to reintroduce the ‘re-discovered’ Cyprus varieties on a larger scale was granted, despite the fear of phylloxera spreading to the island.

Our next venture is well known. It was the creation of whole vineyards at the Mallia region to plant these varieties together with others, the international ones, for scientific cultivation, observation, research, vinification and the evaluation of our viti – vini potential. This herculean task was implemented with the help of a friend, Andreas Fettas.

So, after the visit of Galet, it can be said that the viticulture potential of Cyprus has been recorded and published with the name of one of the top ampelographers in the world. It is a very important heritage that all Cypriot vine growers and winemakers have to guard carefully.”