The climate is changing; Cypriot varieties could be key to sustainable Australian viticulture.

The climate is changing; Cypriot varieties could be key to sustainable Australian viticulture. 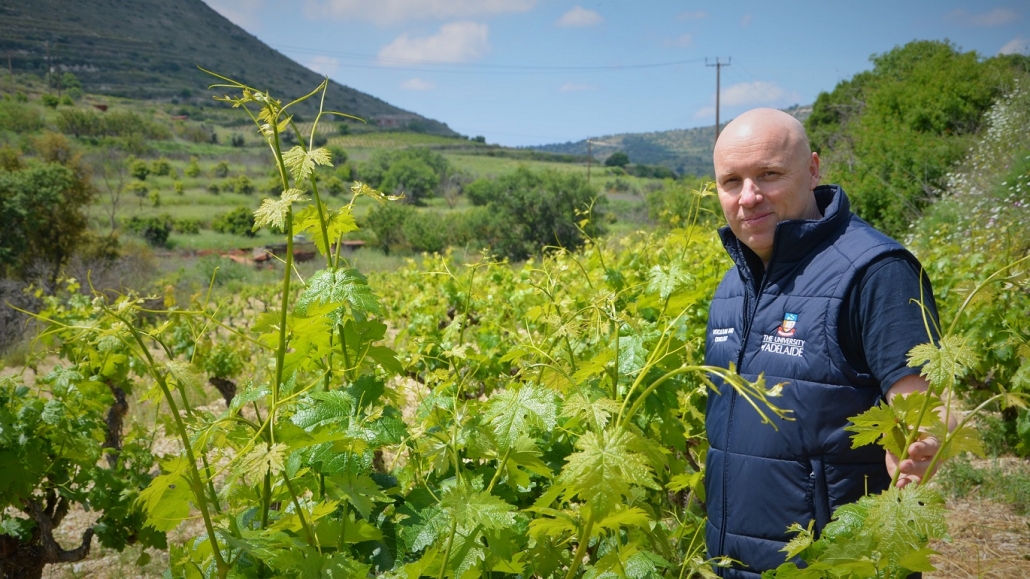 Climate change is here and instead of waiting for the effects to get worse, pro-active scientific research is needed. Alexander Copper, an old classmate of Marcos at the University of Adelaide back in 2008, is currently doing a PhD research at the same university into the suitability of Cypriot grape varieties for Australian viticulture & winemaking. A promising and interesting subject, which will hopefully have a commercial outcome in the future.

It all started when Marcos and Alex met in Adelaide and became friends while doing lab work and sharing a bottle of wine afterwards. In 2010 Alex joined us in Cyprus for a harvest and immediately developed a liking for Cypriot wine and especially the indigenous varieties of Cyprus. He learned about Akis Zambartas groundbreaking research into the indigenous varieties and saw the similarities in climate and weather conditions between Cyprus and South Australia.

Alex, your research focusses on the suitability of Maratheftiko and Xynisteri for Australian viticulture and winemaking. Climate change plays a big role in the choice for this subject. Can you explain how and why?

Australian wineries have traditionally focused on grape varieties that come from regions such as France and Germany that have high rainfalls and their vineyards do not require irrigation. When these varieties are grown in Australia, they must be irrigated to survive. Cypriot varieties have been grown in vineyards in Cyprus for thousands of years without irrigation, surviving only on rainfall. The Australian and Cypriot climates are very similar with each year becoming hotter and drier. We hope that the drought tolerant Cypriot varieties can perform equally well in Australia with little or no irrigation, therefore reducing the need for valuable water resources to be used for irrigation.

The fact that Cypriot varieties are drought and heat resistant is key to your research. You are currently doing a number of measurements and trials with Xynisteri and Maratheftiko vines. Any outcomes yet?

We have 2 years of data investigating the level of stress the plants have during the season comparing French and Cypriot varieties. This year we will collect more of the same data and will also include some “droughting” trials which will tell us how little water we can give the vines before they become stressed. I will be starting this year’s measurements very soon, but the data from 2017 and 2018 shows us that Xynisteri in particular, is much better than French red and white varieties in dealing with hot dry summers.

This summer you will release cuttings of the two varieties from quarantine in Australia. What is next for those humble cuttings? How long will it take before you see a vineyard planted with them?

The cuttings will be released in July and we will prepare them for another trial at the University of Adelaide starting in November 2019. More cuttings will be propagated in 2020 and we hope we can start a vineyard trial in 2021.

Do you see a real commercial potential for Cypriot varieties in Australia? Will we be seeing Xynisteri wines from McLaren Vale in 10 years from now?

That is my goal, the real test is to ensure that consumers like the wine and will buy it. The early consumer trial was promising, and I think with the right marketing and good wine making, the Cypriot varieties can make an impact. Australians like trying new wines, especially the younger consumers. Greek wines are starting to make an impact in Australia, so I hope Cypriot varieties can be the next big thing in Australia. Our trials will help determine the best places for them to grow, but we think that McLaren Vale and the Barossa Valley could be good places for the Cypriot varieties as well as some other areas that are not currently big wine growing regions.

Associate Professor of Viticulture at the University of Adelaide,  Casandra Collins and Tony Hoare, viticulturalist at the Australian Wine Research Institute (AWRI) will be coming to Cyprus in June to assist Alex in his research and conduct a seminar for the members of the Cypriot wine industry. Alex first paper  will be presented at the Giesco Viticulture Conference in Thassaloniki late June.

His research will continue over the next 2 years and we will keep you posted on the progress.

Alexander Copper is an Australian winemaker and PhD research student at the University of Adelaide. He started studying an Oenology degree part-time in 2001 after moving to a 70 hectare property in the Barossa Valley, South Australia. After graduating in 2010 he relocated to the Huon Valley in Tasmania and started researching less common grape varieties. He has worked in Cyprus as a flying winemaker since 2010. In 2012 he worked at the Staatliche Lehr- und Versuchsanstalt für Wein- und Obstbau Weinsberg, Baden-Wurtemberg, Germany, before deciding to focus on hot climate grape varieties from Cyprus and Greece in 2016. 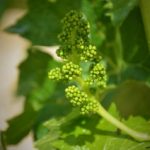 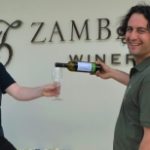