I am Margelina and this my story

I am Margelina and this my story 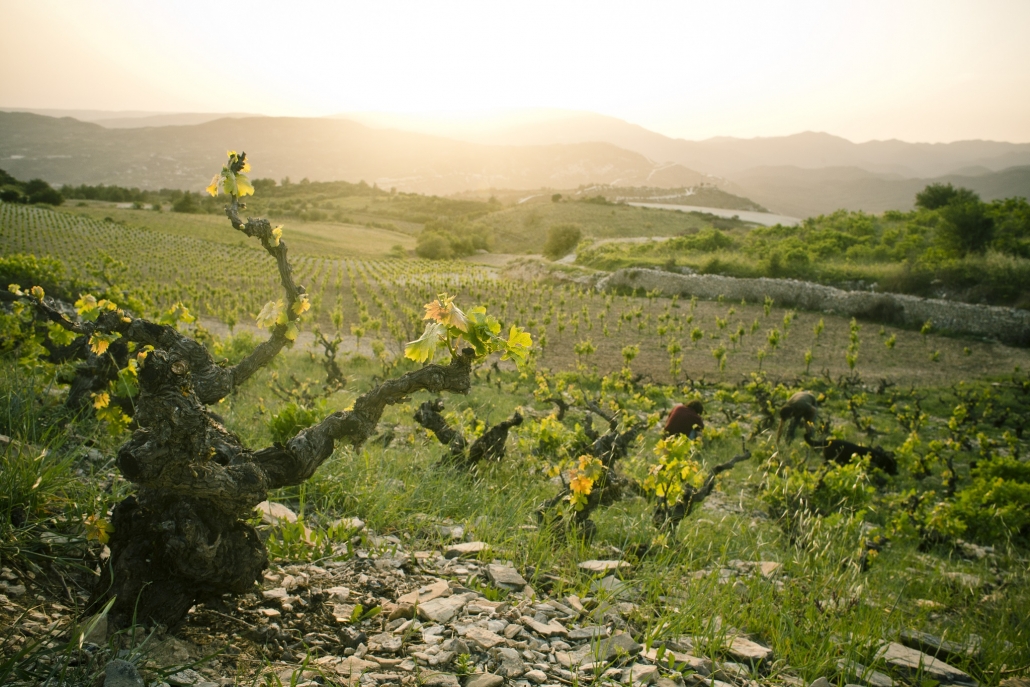 Well, I can speak for myself. I was named Margelina, and my life started in the year 1921, on British soil. The weather that year was as usual, cool and rainy in the winter months and warm and dry in the summer. The world was still recovering from a bloody war, which left us in Cyprus unaffected. The Brits that were ruling the island came and went and occasionally you could spot a British officer in the mountains. My care takers were Cypriot, simple and hardworking people, Turkish or Greek, it didn’t matter at that time. They took good care of me. For years and years, they came with a plow pulled by an ox to take care of my soil and harvested me with the help of their donkeys. They were fruitful and youthful years. The joy it brought when my grapes were harvested in their big straw baskets, created happy and precious memories.

Agios Nikolaos, or also called ‘Esentepe’ in Turkish (meaning ‘Windy Hill’) was my home and it has been ever since. Facing the majestic peaks of the Troodos mountains and with deep cliffs right next to me, I could say I am quite privileged with my location. The village to which I belong, was thriving, although not big, with about 500 inhabitants. It was lively, especially in the summer when everybody took part in the harvest season. Friendships were strong and the Mosque and school played a central role for mingling and gossiping.

We went through the turmoil of the second world war without a plane flying over me or a man fallen in the village. The rumours of the Cypriot men fighting at the frontline along the Brits, passed us, like whispers in the wind.

As my roots grew stronger and deeper every year, the trouble in my village started only after the Brits left us in 1960. Suddenly the village lost its innocence as lifelong friendships suddenly got estranged. Over the next years the very few Greek speaking men and women of the village slowly started to leave, and in 1973, over the course of one harvest season, the village was left empty.

I remained and in the following years the demand for grapes grew. I was over 50 years old though, getting old. My gnarling arms were producing a fruit that slowly got out of fashion, Mavro, and a little bit of Maratheftiko, Kanella, Yiannoudi and Ofthalmo. Some of my long-time neighbours got uprooted and made place for new plantations with exotic sounding names such as Shiraz and Cabernet Sauvignon. We were now harvested in plastic crates and big trucks transported our fruit to the wineries in Limassol. A new era had come, and I seemed to be lucky to survive.

Towards the end of the century, our ‘windy hill’ every year seemed to get a little warmer and less rains passed over us. The nineteen nineties were just dry, year after year. There were summers that my roots had to work so hard to get water, and I produced so little fruit, that being uprooted seemed inevitable. Although I was nearly abandoned, I survived and entered a new century, still standing proudly on top of that hill.

As I got older and older, I was going to give up on life in my crooked arms and tired roots. There was not much interest in my grapes and modern winemaking seemed to be able to do without me.

Then one day there came some young men to me and took a real interest in me. They studied my arms, my leaves and soil. They went from plant to plant to see what varieties I had to offer. And then they came again, and after a few months again. For two years they ploughed me, pruned my crooked arms, took some leaves with them and then a few grapes. They did not spray anything on me and allowed the flowers, herbs and bugs to feed on my soil. But when the harvest season came, they left my fruit behind.

In 2017, I started to be a in a good shape again, got rid of my aching arms and produced juicy and flavoursome grapes. I did not believe I was 96 years old, when they finally came with crates and a small truck to harvest my grapes again.

For nearly a century I was a silence witness to all that Cyprus went through. I witnessed the joy, the grief, and the fools of mankind. I saw the society and weather conditions change permanently.

As I was about to give up on life, I got saved. And now, the grapes I bear, are turned into wine again… 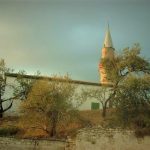 The mosk of Agios Nikolaos 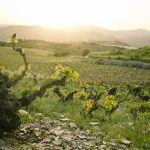 Marcos and Christodoulos in Margelina in 2016 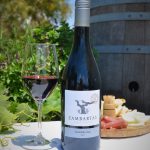